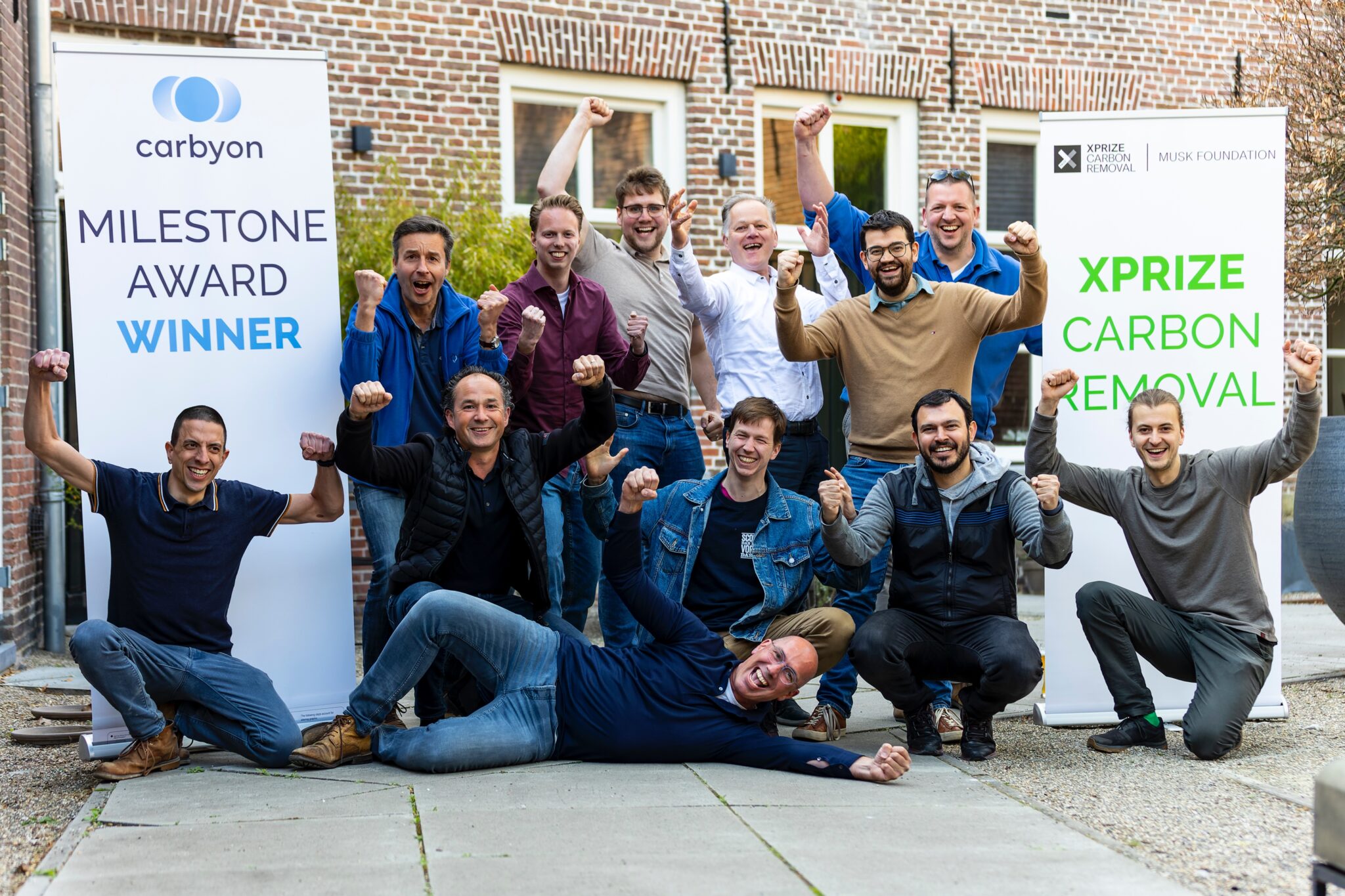 High Tech Campus Eindhoven-based Carbyon has been all over the news, all over the world, with their $1 million Milestone Award in the XPRIZE Carbon Removal competition from the Musk Foundation. But the coverage has lacked one very important detail – Carbyon really came together at HighTechXL, Eindhoven’s deep-tech venture building program.

With TechCrunch, Innovation Origins and other media now covering Carbyon, “more and more now, they ask ‘Are you just on your own, working in a garage, so to speak? Or is there a broader community?’ And this is where it gets interesting,” says CEO Hans De Neve, who invented Carbyon’s carbon removal technology. “Indeed, the fact is that we're part of the HighTechXL community Philips and ASML are involved in, and they (like Carbyon) are large equipment manufacturers. This is really resonating because Philips and ASML are quite well known.”

With so many companies in Eindhoven working on deep-tech – on mechatronics, technology and hardware – Carbyon is in the European deep-tech hub in terms of advanced technology, Hans said. “That's something new for many people, especially from the U.S. point of view."

"I think winning the XPRIZE can help put Eindhoven and HighTechXL on the map. That’s what we should try to do.”

Indeed, with Elon Musk putting up the prize money for the XPRIZE, we celebrate this as a huge endorsement of HighTechXL and Eindhoven by the world’s richest man.

Carbyon was one of 15 teams awarded $1 million each in the competition on April 22nd, Earth Day by Dr. Peter Diamandis’ LA-based non-profit XPRIZE Foundation. Funded by Musk, this XPRIZE category put up $100 million to create a circular carbon economy. That $100 million prize for carbon removal is “the largest incentive prize in history fighting humanity’s biggest problem,” according to the foundation.

Which is where Carbyon comes in.

Carbyon is developing equipment to capture carbon from the air. This new capital is the best kind of funding because XPRIZE takes no equity for that $1 million. It’s a major investment with no strings attached, according to Carbyon team members.

The team will use it to further develop their working prototype, said Hans.

But that’s just the beginning.

The first wave of publicity is ebbing, but now journalists are coming back for more in-depth coverage into the Carbyon story, asking about HighTechXL and Eindhoven, he said. That includes a camera crew from XPRIZE scheduled to come to Eindhoven later in the year.

“We need to make sure they know it’s more than Carbyon,” Hans said. “It’s HighTechXL. It’s Philips. It is all of the ecosystem. So, we should really make sure that XPRIZE is (covering) not just what's on this table here, but Eindhoven. It's a very nice story and it's a true story. Because we wouldn't exist without it - HighTechXL or the ecosystem.”

While the publicity is great, the $1 million catapults Carbyon into a more secure position financially and allows Hans to reward his team for their loyalty and perseverance. Founded in 2019, it wasn’t until 2020 that the Carbyon team was getting paid, he said.

Some had given up jobs to work full-time gratis for Carbyon,” he said, “and that's something I will never forget.”