Shared innovation is an essential condition in the world of photonics 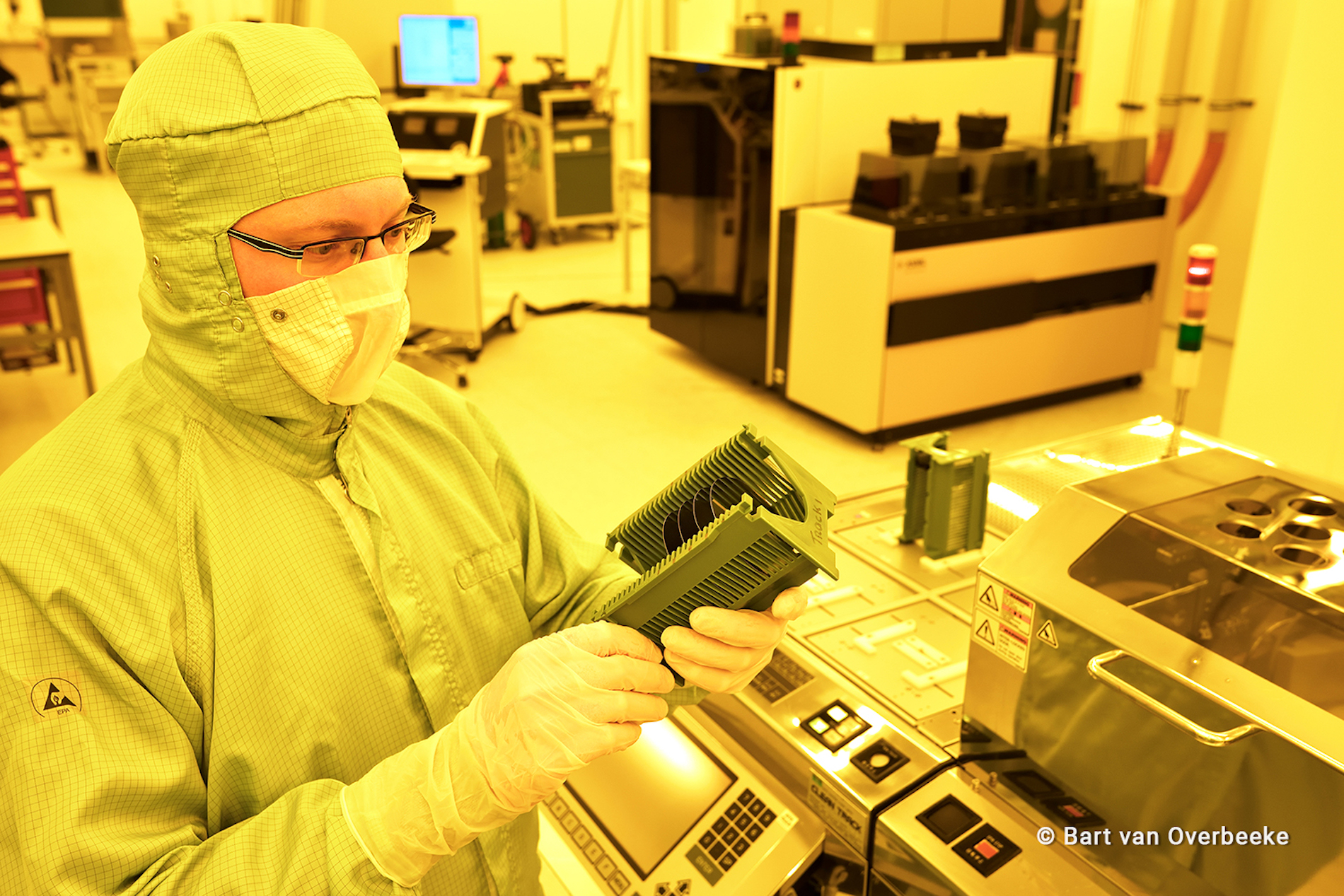 The world of photonics is ... complicated. In this PhotonDelta/Holst Centre article, we discuss the importance of shared innovation, a strength of the Netherlands. Weighing in on the topic are Ton van Mol with Holst Centre, Barry Peet with CITC and John Bell, HighTechXL CEO.

"The development of new technologies such as photonics is so complex and costly that no one can do it alone."

Faster, lighter, more durable, and, at the end of the day, also much cheaper: the benefits of photonic circuits are considerable, for a wide range of applications. And the Netherlands plays an important role, globally, in the development and application of this key technology. In recent years, under the leadership of PhotonDelta, a solid foundation has been laid under the Dutch integrated photonics ecosystem. In this article, we discuss the importance of collaboration in innovation.

Shared innovation is the magic word in the world of technology and innovation. For photonic chips, it is no different. That "shared innovation" takes various forms: it works between government and industry as well as between companies: large and small, established companies and startups. There is a reason for this, says Ton van Mol, who on behalf of TNO, together with imec, heads the Holst Centre in Eindhoven:

"The development of new technologies is so complex and expensive that companies cannot do it alone. What's more, the necessary knowledge is often spread across research institutes and companies. It is part of the strength of the Netherlands to collectively enable developments which we would not get done individually," said Ton van Mol.

What is integrated photonics?

Photonics is similar to electronics. However, instead of electrons, it uses photons (light) to transmit information. Photonic technology detects, generates, transports, and processes light. Current applications include solar cells, sensors, and fiber-optic networks. Photonic chips, officially called Photonic Integrated Circuits (PICs), integrate various photonic and often electronic functions into a microchip to make smaller, faster, and more energy-efficient devices. Because they are manufactured like traditional chips (with wafer-scale technology), mass production is also within reach - with price drop as a result.

In the cooperation between public and private stakeholders in the development of integrated photonics, TNO plays an important role on behalf of the government. Ton van Mol sums up the advantages of cooperation:

"A disruptive technological innovation means taking many risks, especially in the beginning, and the associated high costs. By working together you can spread those risks. Shared innovation works particularly well with complex innovations that are still far from a market launch."

And that is exactly what Holst Centre, located on the High Tech Campus in Eindhoven, focuses on.

According to Van Mol, public-private partnerships are ideal for this purpose: "For the business community, it inspires confidence if the government also participates. Then companies are prepared to put a lot of money into it. And this works exactly the same the other way around: if the business community provides co-financing in the expectation that it will eventually make money, then the government is willing to put taxpayers' money into it."

Van Mol was also involved in the establishment, last year, of the Photonic Integration Technology Center (PITC), a collaboration between TNO, TU Eindhoven, University of Twente, and PhotonDelta. PITC aims to accelerate the development of integrated photonics, for applications in data communication, automotive, agrifood, and health. Van Mol: "They are now developing measurement technology so that it can be checked during the manufacturing process whether photonic chips do what they were made for."

Van Mol: "I think the establishment of PITC is a good example of the steps the Netherlands has taken. It is also very smart. As a small country, you cannot be good at everything. The Netherlands has made the right choices: we want to excel in integrated photonics and quantum."

Barry Peet is also a firm believer in collaboration. He is the director of the Chip Integration Technology Center (CITC) in Nijmegen. Founded by TNO and TU Delft, this non-profit organization focuses on the packaging of photonic chips, among other things. The industry is also on board in the form of NXP, Ampleon, and Nexperia.

"Packaging for photonic chips can account for up to 80 percent of the costs. So the big challenge is to reduce that part so that the products become cheaper and photonics takes off. In traditional semiconductors, it took about 30 years for this to happen. We need to use this knowledge to accelerate this in integrated photonics," said Barry Peet.

This is why shared innovation is essential, according to Peet.

"The development of photonic chips is very complex and expensive. Companies cannot do it alone. It is the strength of the Netherlands to work with different companies to bring things about that we would not be able to achieve individually."

"We bring in knowledge from the traditional chip industry with the aim of using it for photonics as soon as possible. Because I am convinced that the future lies in chips that have low energy consumption by combining the advantages of electronics and photonics. With this combination, you can send a lot of data without consuming a lot of energy."

New technological developments often get off the ground thanks to startups in which people from different disciplines work together. In integrated photonics, this is no different. HighTechXL - like Holst Centre based at the High Tech Campus in Eindhoven - "builds" startups. CEO John Bell: "For a particular technology we look for people with scientific knowledge, but also with business experience."

"We came into being because there is a gap between a developed technology and the product that customers will eventually buy. That has to be made first. Large companies can do that as well, but they don't yet exist in the Netherlands in the field of photonics."

According to Bell, startups are a smart and fast way to arrive at new applications. "You spread the risk with this. In the nine months that we offer startups a venture building, we hold three evaluations. If something doesn't work, we pull the plug. The reality is that many startups fail. In the whole world, only 1 to 2 percent are successful, partly because it is difficult to find the right people. The second challenge in our experience lies in the emergence of new technologies, about which there is still a lot of unknown. Because we have built a huge network, our success rate is much higher than the averages I just mentioned."

Bell is optimistic about the potential of integrated photonics, provided one important condition is met. "We need to find applications quickly. The challenge is how to get customers to embrace this new technology. That can certainly become a problem if the new applications are not yet there, or their usefulness has not yet been proven."

"If we don't find enough applications in the coming years, companies will either focus on something else or they will get the knowledge about photonics from abroad. That is why the Netherlands needs to bring solutions to the market as soon as possible. This year again, we will start working with two or three startups in the field of photonics."