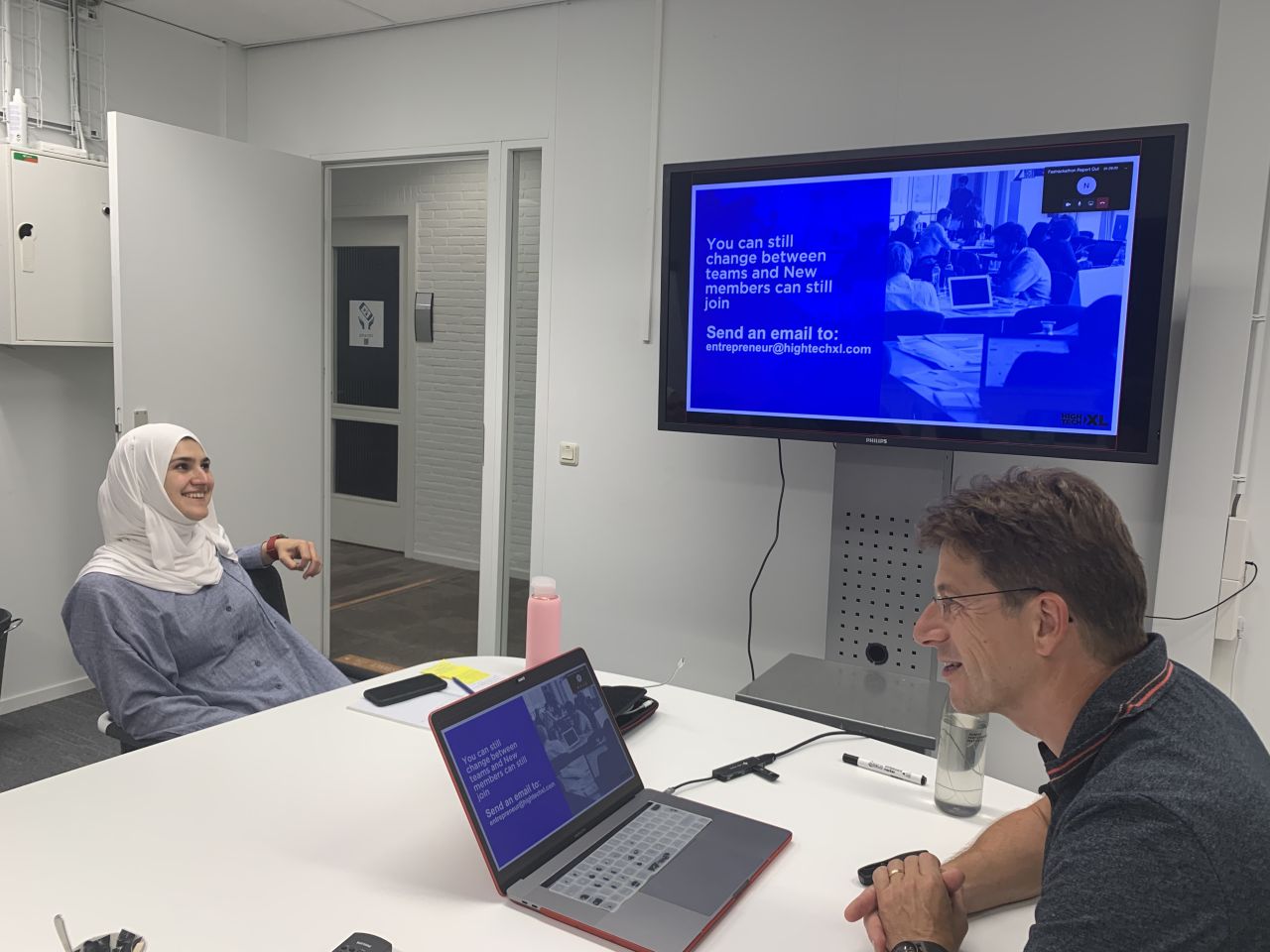 John Bell, new CEO at HighTechXL, brings years of corporate innovation experience from his time at Johnson & Johnson's JLabs, where he collaborated closely with startups to co-create products. John is excited to build deep-tech ventures from the ground up, startups that will tackle grand societal challenges the world faces. His goal? To be the number 1 deep-tech venture builder in the world.

John Bell has closed the circle. As a former executive at Philips, the global Dutch consumer products and healthcare conglomerate, John helped support this emerging Dutch tech accelerator that was HighTechXL in its earliest stages.

“When we saw what Guus (Frericks) was doing, we said, ‘Hey, we need to be part of this. We need to provide support in terms of people, money and other support,’ ” John recalls.

John takes over the business side, freeing up Founder Guus Frericks to focus on the startups as Chief Growth Officer. But HighTechXL’s core mission remains the same – building companies that will be Brainport’s future economic engines. The goal is to build 40-50 new startups in the deep-tech space by 2025.

“We want to build the ecosystem by teaming up with corporate partners. HighTechXL will be able to tap into the right personnel at the right moment,” John says.

“We know the people. We call them, and they pick up the phone.”

Those corporate connections are getting stronger, with Eindhoven’s largest companies as crucial collaborators. For example, HighTechXL is building startups around Philips innovations. Which defines John’s approach of building HighTechXL and bolstering the Brabant tech and startup ecosystems.

His goal? “To become the No. 1 deep-tech venture builder in the world. That’s a bold initiative, but I think it’s feasible,” John says.

That said, the startup world has changed dramatically in five years. At about the time Guus founded HighTechXL, business accelerators were a rarity. Now there are more than 10,000 across the globe. While John doubts venture builders will grow at that rate, he expects HighTechXL will be navigating a competitive environment. HighTechXL's program competes with multiple competitive advantages.

First and foremost, HighTechXL is in Eindhoven, arguably Europe’s most formidable innovation environment, with substantial deep-tech companies such as ASML and Philips and their deep reserves of talent.

“It’s not just the mindset (of Eindhoven), but also technical capabilities," John notes. "It’s so easy to work together here. People are always open to collaboration.”

It’s a region rich in talent, whether you’re talking about nano-technology, physicists, system architects, AI or mechatronics, he noted.

“Our secret sauce is both having the people and having the willingness to figure out how to collaborate.”

Wherever his career has taken him – Philips, PriceWaterhouseCooper and Johnson & Johnson – John has been on the front end of innovation, pushing new products and ways of working for companies that have an impact on society.

“We were looking for the strengths of startups to combine with the strengths of Johnson & Johnson and co-create something that’s unique and no one else can do. And ‘co-create’ is the magic word.”

As J&J’s Vice president, External Innovation and New Business Models, his team built up the portfolio of startups with investments that generated substantial revenue.

One of the products was a digital skin analyzer in combination with a personalized 3D printed mask that provides tailored skin treatment. It combines AI and digital solutions that give consumers an understanding of the skin, the biology of the skin, John says.

Working with hundreds of cutting-edge startups was a total 180-degree change from his time in the corporate world. At Johnson & Johnson, he set up small internal teams to collaborate with the small startup teams.

“I think my experience may help to build on the very strong foundation that’s already been created by HighTechXL.”