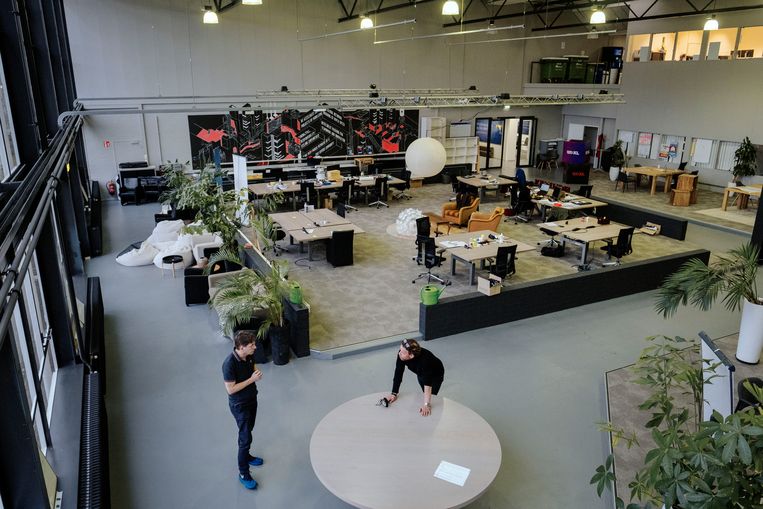 Editor's note: This article was originally published in Dutch in Trouw April 12, 2021. We've translated the article to English here.

High-tech start-ups need money to grow. The company HightechXL in Eindhoven helps them in their search for start-up capital.

A cooling system so small that you can stick it on a data chip. The idea behind the technology comes from CERN in Geneva and the Eindhoven start-up Incooling makes it. “Such a cooling not only saves 60 percent energy compared to the usual air cooling, it also makes the chips 60 percent faster. According to predictions, data centers will soon use 20 percent of all our energy, so such a technology has a real impact", says Guus Frericks, founder of HightechXL.

HightechXL is a so-called venture builder : a company that specializes in putting new companies on the market. Originally, the emphasis was more on helping existing start-ups, but since 2017 the company has been developing high-tech production companies from the start. This is done on the basis of promising patents developed by others: Incooling is an example of this. HightechXL is now one of the top five venture builders worldwide, and it even hopes to become the most important player.

Frericks and his CEO John Bell get patents from research organizations, which often develop all kinds of proprietary techniques to solve specific problems. For example CERN, the European institute that conducts research into elementary particles. Subsequently, HightechXL brainstorms with people from all over the world to see where such a technology could be useful for.

"I really come into contact with the best minds out there."

If such a brainstorm about a patent leads to a promising idea, HightechXL sets up a start-up team and then provides practical support, such as approaching financiers and buyers. “Many high-tech start-ups get stuck on such practical matters, because the Willie Wortels behind those companies know little about it,” says Frericks in the empty office of HightechXL on the Eindhoven High Tech Campus, where outside corona hours an international group of seventeen people think about start-up projects.

Despite corona, HightechXL managed to set up fifteen new start-ups last year. In addition, some twenty existing start-up companies were helped with financing, customers and coaching. And that help is badly needed, because Dutch investors are reluctant, says Bell.

“The Netherlands thinks small. When you knock on the door of investors or economic affairs, they always try to cut back on the budget. Elsewhere you are asked how much faster it can be if you get more money. "

Bell and Frericks aim to do more than just convert interesting new patents into a business model. They consciously look for ideas that have the potential to develop into truly major players worldwide, with the aim of strengthening the Dutch high-tech industry. Their example is ASML, the Eindhoven world leader in chip machines.

“The Netherlands and Europe invest far too little in the high-tech industry, says Bell. Europe puts significantly less money into developing such companies than the US and Asia. And at the European level, the Netherlands dangles at the bottom. Of course, money goes to research and development, and good ideas come from that. But investing money in research only makes sense if you also convert the results to production companies. This requires high investments that usually only yield a profit in Filling Chinese subjects. This attitude can cost the Netherlands a lot, because foreign investors who are willing to give generous money keep an eye on Eindhoven, Frericks warns.

“If they invest in such a start-up, it means that it will be lost to the Netherlands. And without start-ups you cannot build scale-ups, new larger companies. And if we don't, I'm afraid that our children will soon be able to fill only subjects in a Chinese retail chain. ”

On the High Tech Campus, these concerns seem imaginary. It is bursting with small, innovative high-tech companies. “That's right,” agrees Frericks, “But most of it depends on that one giant, ASML. That makes this region very vulnerable. What we need are more companies with the same potential, a BSML and a CSML. ”

He sees this growth potential in a startup such as Incooling, but also, for example, in Carbyon, another HightechXL start-up that is working on a foil with which you can remove CO2 from the air and then use it to produce synthetic kerosene. "With an installation the size of a football field, Schiphol can offset its entire CO2 emissions and it also produces fuel."

Both start-ups also meet another, for Frericks and Bell, crucial condition for their projects: they revolve around techniques that make it possible to tackle a socially relevant problem. Frericks is convinced that technology is the best way to solve the problems the world is now grappling with.

“Take nitrogen. One of our start-ups, InnoFlex, revolves around a foil that splits harmful nitrogen oxide back into nitrogen and oxygen, the main components of air. You can really stick it on anything, along highways, on stable walls, on windows. We are now doing pilots. Such an approach to render nitrogen oxide harmless is ultimately more effective and simpler to realize than attempts to reduce the production of nitrogen oxide. ”