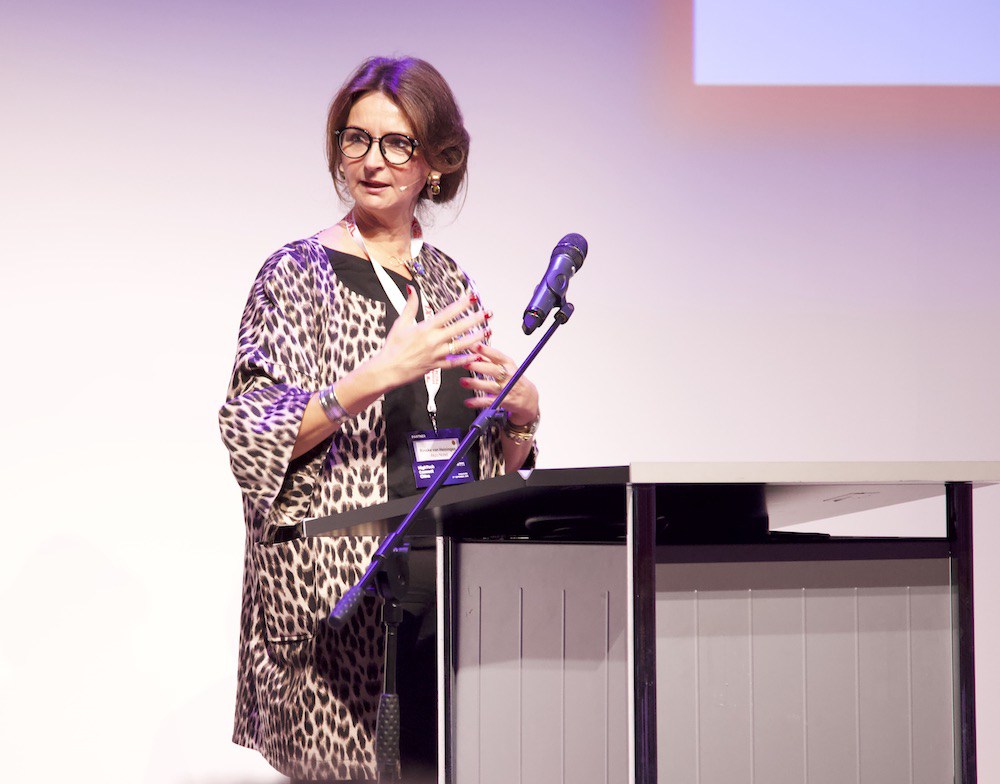 Van Heiningen is, to say the least, very Dutch in her directness: "You're going to mention our program, right?"

Van Heiningen was in Eindhoven recently as a featured speaker at HighTech Connect China, an event that brought together Chinese investors and Dutch-based scale-ups at High Tech Campus.

With so many tech and digital companies, we forget the Netherlands has lots of more conventional industries. And they're among the largest in the world.

Take AkzoNobel, based in Amsterdam. This paint-and-coatings company operates in 80 countries and employs somewhere north of 45,000 people. The company reported about 9.6 billion euros in top-line 2017 revenue, with a profit of about 800 million euros.

AkzoNobel, like just about every multinational, is turning to startups in hopes of gaining faster innovation from relatively modest investments. An effort van Heiningen touted at HighTech Connect China.

"This program has shown that startups and corporates can work together efficiently to break barriers in innovation, benefitting both sides,” states Peter Nieuwenhuizen, AkzoNobel Specialty Chemicals CTO on the Imagine Chemistry website.

In three years, Imagine Chemistry has worked with 30 Dutch startups as well as startups from the United States, Germany, the United Kingdom and other countries "and we ‘d like to collaborate with Chinese startups," van Heiningen said.

AkzoNobel would like to be the launching company, "but so far, haven’t done anything with Chinese startups ... but not because we don’t want to.”

Imagine Chemistry is a long way from the apps-and-social-media efforts that power so much of the global startup scene.

Big chemical firms don't attract "startup hippies," van Heiningen said. Instead of "guys with man buns," most of the legitimate chemical startups are run by “65-year-old men who didn’t have room in their company to work on that great idea. You have to take them seriously. And they’re very careful about (protecting) IP.

"Startups who don’t understand that and are casual  - we don’t condone that bullshit. The pace of innovation is going so fast … it would be stupid not to collaborate. But have to balance that with protecting IP and not revealing trade secrets," van Heiningen said.

The 2018 Imagine Chemistry program was open to startups and scale-ups in:

These startups were chosen to work with AkzoNobel Specialty Chemicals:

• Rahul Dahule and Ranjeet Utikar from Dutch startup Water Knight were awarded for their advanced oxidation reactor technology, which is used for intensifying wastewater treatment in industries with complex effluents.

‍
• Fergal Coleman and Alexander Grous from UK startup Green Lizard Technologies, working in partnership with Dixie Chemical, were recognized for their bio-based route to glycidol, which can be used in the production of nonionic surfactants.
‍

• Gaurab Chakrabarti and Sean Hunt from US firm Solugen were recognized for their green process to make hydrogen peroxide that has the potential to replace technology that has remained unchanged since the 1930s.

‍
• Another US firm, Fero Labs - represented by Berk Birand and Alp Kucukelbir - were awarded for their machine learning software, which can be used to predict quality issues and production bottlenecks and improve key process parameters.

You can see more details about the 2018 program here.

The winners were chosen from a group of 20 finalists at a three-day event held at Chalmers University in Gothenburg, Sweden. During that event, more than 90 company experts and partner organizations worked with the startups to further develop their ideas and define a clear route to market.

In 2017, AkzoNobel and KPMG chose 20 startups/scale-ups out of 200 submissions. Those 20 received support to varying degrees from joint development agreements to grants to rent subsidies.

You can see all the details here.

Startups and scale-ups working with a huge chemical multinational is considerably different from working with, say, a bank or even a fashion company.

Van Heiningen noted that chemical companies that have to build a plant to even test ideas, then build <em>another</em> plant for production, can’t do a lot of experimentation like in the apps-and-digital space.

"The technology has to be 100 percent and 'drop in' to existing production," van Heiningen said.

Imagine Chemistry opens in January for submissions, with finalists announced in April. In addition to startups/scale-ups, researchers who have developed and tested a concept are also eligible to join.

To meet its sustainability and growth goals, AkzoNobel Specialty Chemicals is building an innovation ecosystem around a model of collaborative innovation. This is built on its global network of RD&I centers including its S/park open innovation center in the Netherlands, partnerships with leading universities and institutes, participation in venture capital funding, collaborations across the value chain and the Imagine Chemistry challenge, powered by KPMG.