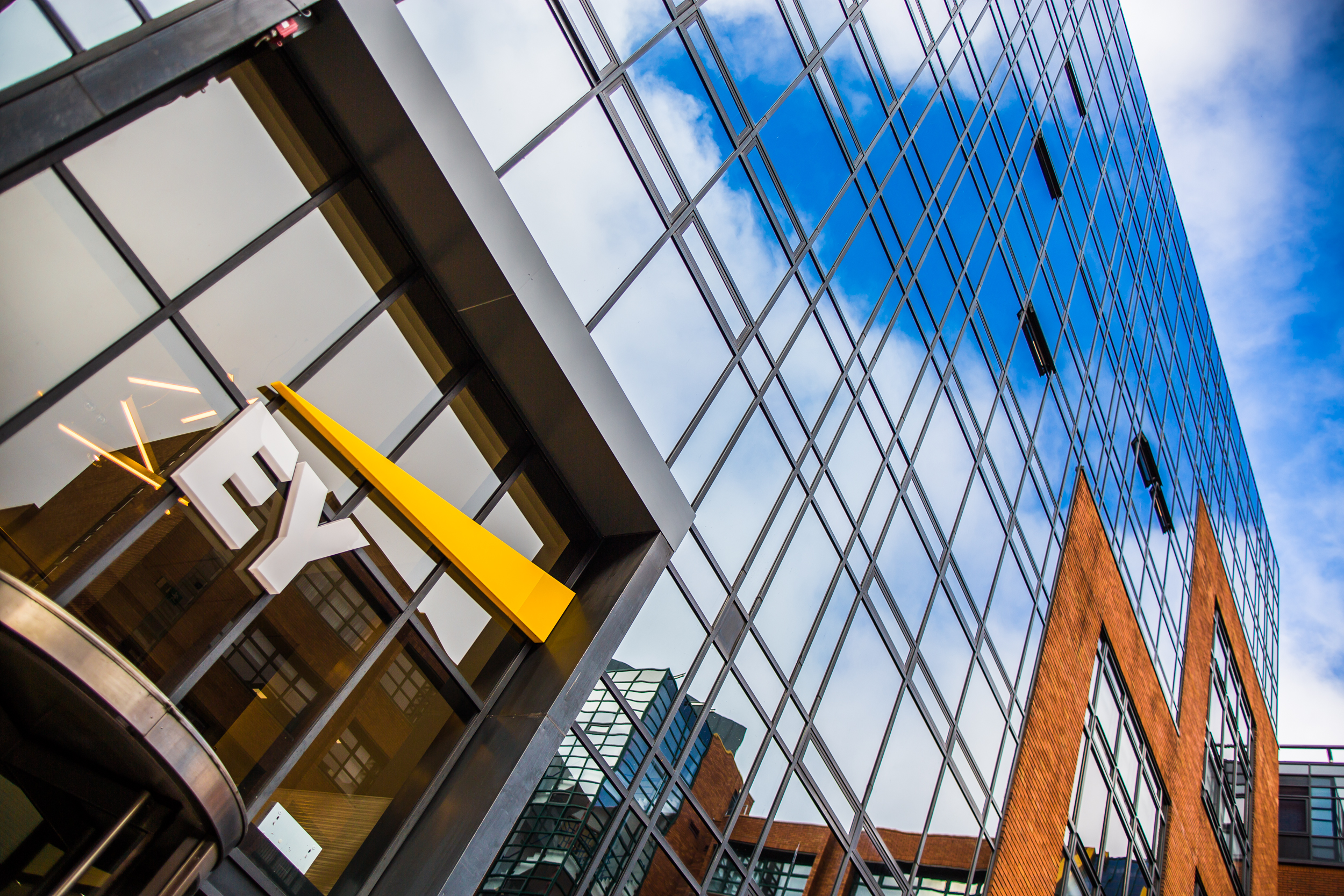 In this interview with Patrick Gabriëls, Partner at EY and co-founder of HighTechXL, we learn more about corporate innovation at EY, and why and how the company works with startups. We’ll also hear Patrick’s hopes for the region and the Eindhoven Startup Alliance.

In this interview with Patrick Gabriëls, Partner at EY and co-founder of HighTechXL, we learn more about corporate innovation at EY, and why and how the company works with startups. We’ll also hear Patrick’s hopes for the region and the Eindhoven Startup Alliance.

Nowadays, young companies can achieve exponential growth fast. Technology has made growing a business much easier than it used to be. “The internet has been a great equalizer,” explains Victoria Tsai, founder of Tatcha. “It’s easier to get your message out; it’s easier to reach your client… If you’re a new entrepreneur, you should definitely take advantage of that.”

Many well-established companies are eyeing the newer companies’ rapid growth with dismay, realizing that it’s too late for an investment or a strategic partnership. It may be too late for a partnership with companies like Facebook or Google, but what about the next generation? Why not invest in early-stage startups, helping them to grow to their full potential? This is exactly what EY has been doing, as a co-founder of HighTechXL and member of the Eindhoven Startup Alliance.

“Startups have an important role in this world,” Patrick states firmly. “And they need support to achieve it.” He expresses his thoughts so clearly and rapidly that he hardly seems to take breaths between sentences.

You’d think this reasoning would be intuitive for most companies, but unfortunately, that’s not the case. “Large companies often think that there’s not enough to gain when [the startups] are still small,” Patrick admits. “But then again, if you never help them, then they will never become big.”

Startups definitely do need help in the early stages. Most startups are pretty clueless when it comes to administration: Taxes, bookkeeping, and legal contracts aren’t usually the first thing on an entrepreneur’s mind. “The mindset of an entrepreneur is not focused on thinking about the accounting or the tax things,” Patrick says. “They just want to build their business.” Until it comes back to bite them. “In a lot of instances we meet them when they’ve already been active for a few years, and then we see that they made all kinds of ‘rookie mistakes’ that are very expensive to fix (and that also could have been easily avoided).”

As part of the collaboration in the Eindhoven Startup Alliance, EY offers free “startup packages” to every team in the HighTechXL program, which can be extremely valuable for the startups. “If we’re there from the beginning, we can prevent many issues from happening. We can make sure their back office is lined up. We can also educate them a little bit – not that they become bookkeepers or tax consultants or lawyers, but at least that they know the basics. It’s important that they recognize when they need to call us in.”

Patrick believes that startups actually have more in common with large corporates than other medium-sized enterprises do. “It’s a whole international field that they play in,” he explains. “A lot of medium-sized entities in Holland stay in Holland: They work in Holland, stay in Holland – maybe a little bit in Germany, but that’s it. But these startups, they immediately need to go European-wide or global, so at a very early stage they get into all kinds of trouble that normally only these large corporations deal with.”

At EY, they have the kind of expertise and network needed to help the startups on a global level. “With about 200,000 employees worldwide we have gained a lot of expertise in supporting international companies with a broad range of tax, accounting, legal, M&A and advisory services. And because we work closely together with our colleagues on a daily basis, it’s quite easy for us to connect globally. It is this network of expertise we offer to the startups and scale-ups through our EYnovation services.”

The financial services sector is one of the sectors most likely to be automated, according to research by Oxford University in 2015. Financial and accounting technicians have a 96% likelihood of being automated, bookkeepers 97%, and taxation experts a 95% likelihood (see the full list here).

Patrick says that although many people at EY are aware of the “danger” ahead, it’s hard to feel the pressure to change – until it’s too late. “I think for most people, it’s like watching television. You see something going on from a distance, but you don’t feel it…until it hits you.”

EY is not waiting until it hits them. In addition to co-founding HighTechXL, last year, they decided that supporting innovative startups outside the company wasn’t enough – they had to start innovating from within. The Innovate EY program was born. “It seems too easy to just wait and buy a company or a type of technology in the future,” says Patrick. “[…] you need to have an innovative and entrepreneurial spirit inside as well, because otherwise, how are you going to connect with the young innovative companies?”

“I want EY to realize in time that we need to change – before it’s too late. I like the company a lot; I love to work here – but I would hate to see that we are not alert enough and are going to miss out on the future.”

Innovate EY’s goal is twofold: To build innovative services and improvements internally, but it’s also to make the organization more ready to deal with innovation in the future.

Patrick believes that the strengths of the Eindhoven region make it the perfect place for startups and corporates to work together. Here, we’ve got an intense concentration of high-tech expertise, coupled with an entrepreneurial drive, passed down through the generations by companies like Philips and ASML.

Patrick’s eyes gleam as he tells about the region. “This area has world class expertise: mechatronics, high-precision engineering, electronics, photonics – that’s something that defines this area. We are in the right spot with the developments in IoT, machine learning and robotics – the applications are huge.”

“You can make money available, and attract entrepreneurs, but it’s not so easy to create a similar high-tech environment like we have here – it’s quite unique. The intrinsic value of the region is huge.”

But we can do much, much more.

“I think there’s much more to be gained in the future than there is today,” says Patrick. “If you see that sometimes, even with not too much money, how people can already flourish here, you can imagine how with more funds available and more focus on new innovative startups and scale-ups, you can make this area flourish even more.”

The Eindhoven Startup Alliance is the collaboration that capitalizes on all of these strong points in the region and carries things forward. It is the catalyst that will ensure the success of everyone in the region, big and small.

“It’s fantastic to see that things are coming together now. Instead of a lot of individuals working separately but on similar things, now it’s an alliance. We shouldn’t be competitors here; we should be working together and finding the competition outside.”

Not only will the Eindhoven Startup Alliance catalyze success for the regional players – in doing so it will also boost high-tech innovation throughout the whole world. The Netherlands is already known as the high-tech startup capital of the world – let’s make some noise about it.

[1] For more information on “mutually assured disruption”, check out this article in Columbia University’s strategy+business.

The Eindhoven Startup Alliance was founded in May 2016 with the mission to create the next generation original equipment manufacturers (OEMs). It is a joint initiative of ABN AMRO, ASML, Brabant Development Agency (BOM), Brainport Development, EY and HVG, High Tech Campus Eindhoven, Municipality of Eindhoven, NTS Group, and Philips. The members support startups participating in HighTechXL’s acceleration programs to help solve some of their challenges – through mentoring, by connecting them to other companies in their supply chain, or by becoming launching customers.