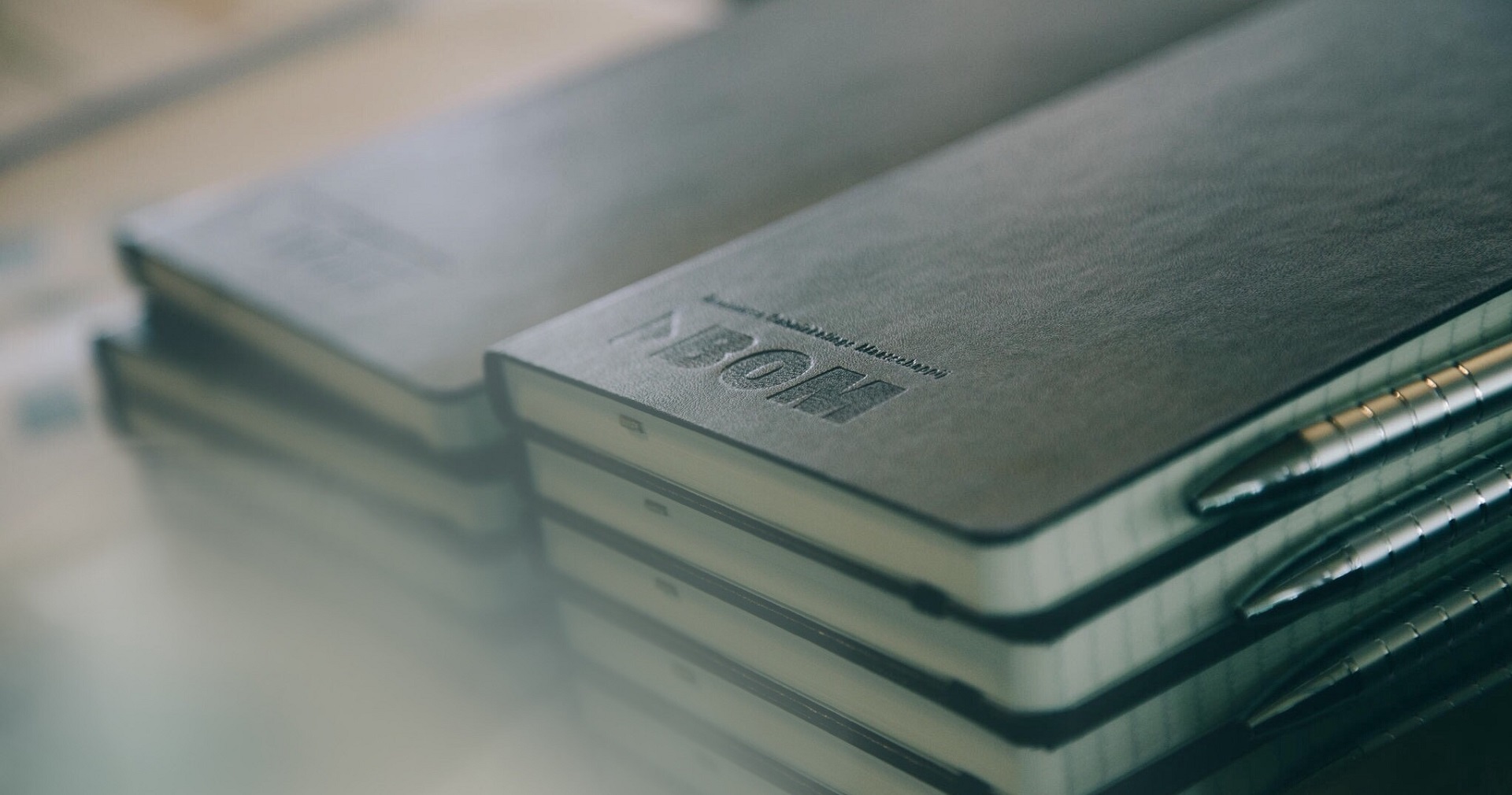 In this interview with the BOM‘s Jurgen van Eck, Senior Investment Manager High-Tech, and Gijs van de Molengraft, Business Development Manager, we find out how through their collaboration with HighTechXL, the BOM is leading the investment trend in high-tech hardware. There are a number of ways in which the BOM can help the HighTechXL startups, and contribute to the growth of the investor ecosystem in this high-tech hardware capital.

In this interview with the BOM‘s Jurgen van Eck, Senior Investment Manager High-Tech, and Gijs van de Molengraft, Business Development Manager, we find out how through their collaboration with HighTechXL, the BOM is leading the investment trend in high-tech hardware. There are a number of ways in which the BOM can help the HighTechXL startups, and contribute to the growth of the investor ecosystem in this high-tech hardware capital.

Hardware is hard – there’s no question about it. Hardware startups usually have a more time-consuming and costly road to market than your average web and app startup. The iterative design process takes much longer for hardware prototypes than for software. Any bugs or design flaws in the prototype cannot simply be fixed in a matter of hours by editing a segment of code – a completely new version of the prototype has to be made, which may take weeks or even months. In addition to the cost of making the prototypes, hardware startups need money for manufacturing in order to be able to deliver their product to customers.

As if the time and money constraints weren’t enough for the hardware startups, finding investors can also be somewhat of a thorny issue. Investing in hardware can be risky, and the amount of money that these startups need is usually large. The European investor scene can be particularly tricky for startups. In this fascinating article by Crédit Suisse based on research conducted at the Swiss Finance Institute, the author notes that European investors are in general more risk-averse than investors in other parts of the world. It seems that culture does affect investor behavior, regardless of other variables such as wealth and inflation.

Luckily, times are changing. Investment in hardware has picked up since 2010, partly thanks to a few companies making strong exits, such as FitBit and GoPro. The demand for hardware-based solutions in IoT is growing, and companies such as ASML in the Netherlands are making the manufacturing of computer chips faster and cheaper. This means that chips can easily be incorporated into everyday objects for a fraction of what it used to cost. In addition, people around the globe are becoming more “American” in mentality and lifestyle[1]. We can only hope that these changes will induce investors around the globe to gradually adopt a more risk-friendly approach towards investing in hardware startups.

The Brabant Development Agency (in Dutch: Brabantse Ontwikkelings Maatschappij), or BOM, is one of the organizations at the forefront of this high-tech hardware company development and investment trend.

BOM supports young promising companies in realizing their growth ambitions and successfully making their way from ideation via start-up to scale-up. To do so BOM helps them gain access to capital, talent, markets, and facilities. Since 1983, its goal has been to actively contribute to the growth of the economy in the Brabant region of the Netherlands.

“The BOM mainly focuses on companies in several areas,” explains Gijs. “High-tech systems materials, bio-based economy, life sciences and medtech, maintenance, logistics, cleantech, and agro-food. This region has two specific industries that we are particularly focused on because of the strength of the system here: High-tech system mechatronics and agro-food. That’s our sweet spot, where we meet in the middle.”

But the BOM isn’t interested in just any company in these areas. “What’s also important is that it has to have an innovative aspect to it,” shares Jurgen. “So a retailer who’s selling shoes, that’s not for us. It has to have some kind of development component. A lot of that is hardware, but it could also be software.”

Once an investment is realized, the BOM usually looks for an exit after about five years, but that time frame can also depend on the company. “We aim for 5 years, but development usually takes some time,” Jurgen admits. “We’re interested in the financial return, but we’re also interested in getting the company ‘right’. So if it’s better for the company that we exit a couple of years later, then we’ll probably do that, because we have a longer-term investment horizon.”

“For investment opportunities, we work with companies that are already established,” Jurgen explains. “We evaluate whether it’s a good business case and whether it’s in our scope, and if it is, then we can invest together with other companies in order to make it grow and develop its technology. In many cases that means we take a share of the company. But if the company’s a little bit more mature, we usually work with loans because of our limited ticket size.”

But the BOM’s investment in a company is more than just that. “Once we are in the company, we try to ‘bring in the network’. An investment manager has the task to actively add value to the company from a shareholder’s perspective. Often, we have a board member appointed who can bring their network and expertise. Usually this is someone from outside – an experienced person. But we also bring in people for the company itself as needed, like a CEO in one case, or business development people.”

“It’s really about trying to build the company and filling the gaps if they’re there. And at some point in time, that’s limited to strategy discussions – sometimes it’s about structuring and enabling specific parts of the value chain, and sometimes it’s about simply coaching the entrepreneur.”

As a founding member of the Eindhoven Startup Alliance, the BOM can offer a lot to startups in the HighTechXL programs.  Since the BOM is already continually on the lookout for promising companies to invest in, they can act as knowledgeable advisors in the HighTechXL team selection process. During the accelerator program, they will offer workshops on topics such as business development, investor-readiness (for example, how to create an investor memorandum), and subsidies. They also bring in a network of investors.

The BOM also plays a role after the startups “graduate” from the program. In fact, they recently led a €5 million series B investment round for one of HighTechXL’s alumni startups,Mint Solutions. This Dutch-Icelandic medtech company is developing MedEye, a medical safety system that helps to verify and document that the right medication and dosage is being given to the right patient.

The benefits of the collaboration between the BOM and HighTechXL are obvious for the startups: They not only learn about investment and the strength of the region’s companies; they gain access to it much easier. But the BOM also benefits from the relationship.

Jurgen illustrates this symbiotic relationship from his point of view: “We’re looking for interesting companies to build and to invest in. And what could be better than investing in a company that already has this ecosystem around it to make itself successful? Because then it’s very easy for us to make the connection with the company.

“And now that there’s a program that’s able to work from idea to a validated company – that’s an incredible lead generator for us. Because most of the companies that come out of the program should be invested in.”

At the beginning of this article, we mentioned the fact that it’s sometimes hard to find investors who are willing to invest in hardware. “There are so many risk-averse investors around,” explains Jurgen. “Most of them like software a lot, because it’s initially less capital intensive, easier to scale, and usually does not carry much technical risk. It is thus possible to add value to the company without the need to have an in-depth understanding of the underlying technology, which is almost a must for evaluating and aiding hardware-development startups. Experience with these technologies and businesses or having the network to source it then becomes a key success factor.”

The answer lies in creating initial success that attracts more investors, companies and entrepreneurs to the region, and convinces the reluctant that the hardware revolution is indeed taking over.

“That’s why our collaboration with HighTechXL is so important,” Gijs interjects. Jurgen adds: “We’re here on a quest to make a lot of good companies. But you don’t create good companies without the network, funding, and other key requirements, like talent. And we think the HighTechXL program is a key element to getting all of that here.”