Teams getting traction at midpoint of CERN accelerator program 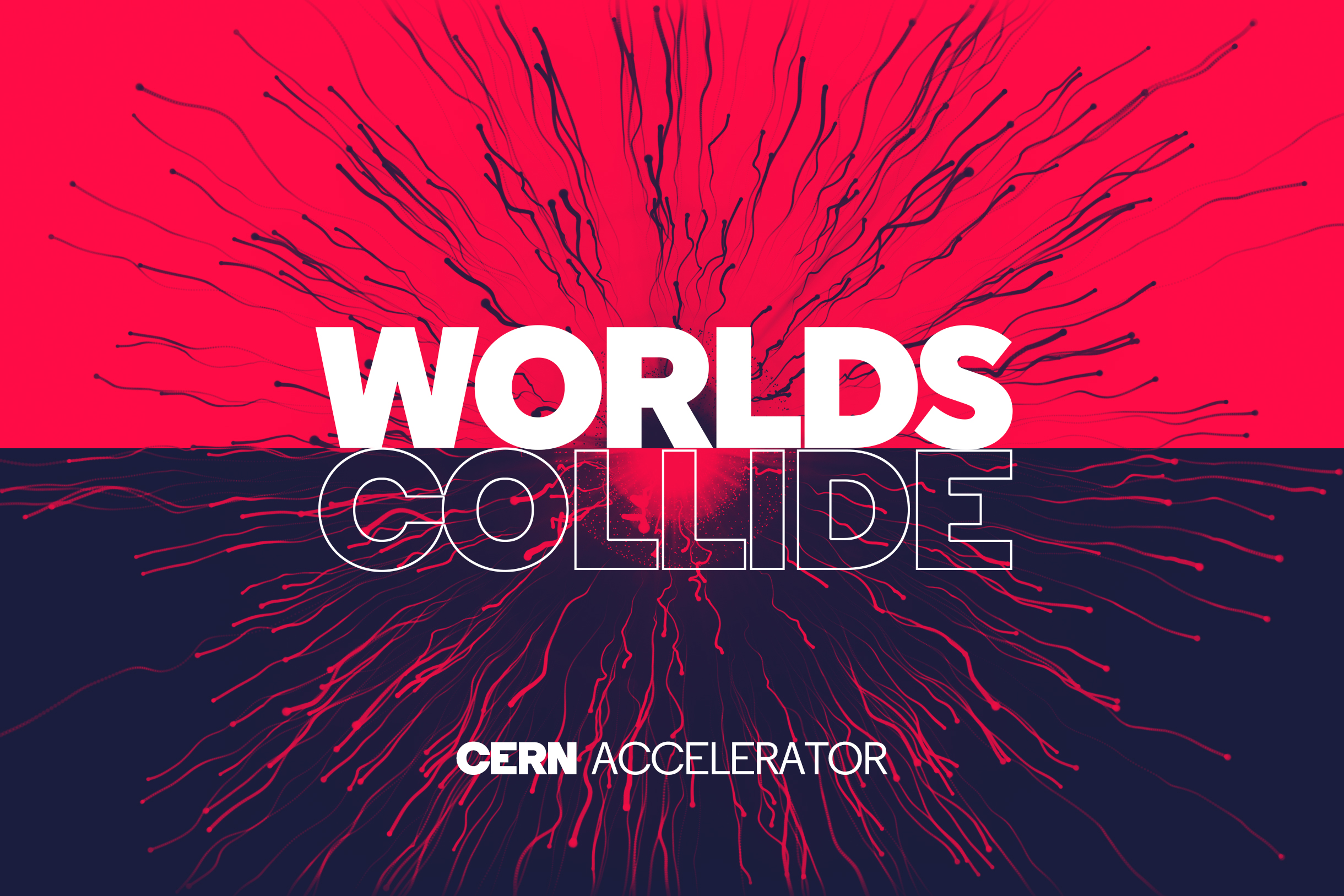 This is where it gets real.

Since HighTechXL’s CERN accelerator program opened 25 September, the effort to take CERN technologies to market has moved forward quickly to the point where teams and ideas are starting to jell.

Teams are at a stage where they’ve defined their applications well now, said Jost Faganel, program director at HighTechXL. “They’ve identified potential markets and are now sharpening their propositions to fit that problem in the market.”

This, of course, did not happen by accident. HighTechXL staffers, including Faganel and founder Guus Frericks, took teams through what is essentially Business 101, with workshops and master classes at the business accelerator on High Tech Campus.

The next step was getting the right people together on teams, Faganel said.

“To build a business, technology is not enough. You need the right team.”

Teams spent the first period of the accelerator exploring the CERN technology. Now, they’ve started to form “in the configuration they’re supposed to be in,” he said.

Since mid-September, teams have advanced to identifying, then meeting with, initial clients, exploring early partnerships and other essential tasks, Faganel said. In other words, they’re solidly in the transition from ideas to early-stage businesses.

What makes this effort different from every other accelerator is the CERN connection.

The Geneva-based particle accelerator and advanced research group – billed as "the world’s largest machine" – has tasked HighTechXL teams with its latest technology.

And some of that technology is evolving as you read this.

Right now, the MicroSpot team is at an inflection point as they process new and still proprietary research from CERN about laser technology, said team member Luis Oliveira, who is also an accelerator manager for HighTechXL.

MicroSpot’s goal is to take CERN’s narrow-focused laser technology and build a large satellite communication matrix capable of transmitting broadband to isolated areas such as in Central Asia and Africa.

While his team is still validating the concept, they’re also discussing their approach with potential clients such as telecommunication firms and satellite companies, said John Reid, who’s a physicist and entrepreneur.

“There are a number of companies that want to put satellites in space for communications. Who want to get internet services to places that don’t have it," Reid said, including the remote areas of Africa, China and Central Asia.

At the moment, ground-to-satellite or satellite-to-satellite communication uses K Band (infrared) and V Band line-of-sight spectrum to communicate, which is affected by rain and moisture in the atmosphere.

“The military is using V Band between satellites, because you can’t listen to it from the ground,” Reid said. “V Band doesn’t come through the atmosphere but gives good transmission in space.”

CERN laser technology could completely revolutionize all that.

Latency – interference with the signal or interruptions in transmission – is the issue. So MicroSpot has to figure out how to make sure the data stream is constant.

“The Googles and SpaceXs are saying, ‘We’re going to do it with lasers. We’re going to have this laser network in space, a mesh network between satellites,' ” Reid said. “They have to because they’re only going to be about 400 kilometers (high) in orbit. They’re going to go whipping past you and as one passes by, the next one should be in line of sight.

“They need people who can build the systems to transmit the data to the satellite. We have to verify what CERN has will connect those satellites.”

The Dynaxion teams faced a dilemma. They could:

• use the same technology to scan cargo and packages moving through air freight hubs and shipping ports faster, more efficiently and on a far larger scale than possible in today’s heavily labor-intensive processes.

“We reached a decision to go with developing a proton beam security scanner first, then turn the attention to agriculture,” said Emma Palmen, a Dynaxion team member and HighTechXL trainee.

The reason they’re going with security is because the small accelerators need big current, and that’s already available at airports and ports, but not so much on the farm, said team member Joep Staps.

Size is a limiting factor, added Palmen. “However, it’s not limiting the mobility. There we can start developing and make it smaller and then we can have the second application, agriculture.

“Agriculture is more appealing to CERN,” she noted because of the organization’s goal of using its tech for social good.

“Also, it’s a more radical business model,” Palmen said. “There are already some neutron scanners in security, but we’re better. If you look at agriculture, we’re more disruptive."

Modular Energies has been a project of Przemek Krawczyk’s for more than a year, with his working with his own network of physicists and others from Jagiellonian University in Amsterdam, where Krawczyk teaches.

Krawczyk’s concept is to use CERN’s portable particle accelerator to build a small plug-and-play device for on-demand production of radioisotopes for PET scans. Typically, those radioisotopes are made by large cyclotrons. The compact size, safety and low cost of ownership could lead existing facilities to adopt his device, Krawczyk said.

Now, “what we really want to do is understand better the ins and outs of radiopharmaceutical units so we really understand the customer perspective,” said team member and HighTechXL COO and Program Director Eric Broekhuizen.

“AND we have a better understanding of the countries and conditions that affect our opportunity.”

What Modular Energies offers is an alternative to cyclotrons, “a dirty tech in that it produces a lot of particles and requires shielding,” Broekhuizen said.

CERN’s RFQ (radio frequency quadrupole) is much cleaner technology and therefore more attractive, easier to install and operate with a lower cost of ownership, he said.

Modular Energies’ technology will be easier to deploy all across the globe – to more affluent societies as well as to emerging countries, Broekhuizen added.

Now the team is looking at South America, India, Russia and China to understand where they should launch.

They’re also focusing on raising the one million euros they need to build the prototype.

“It would be great if we found a physicist who wants to be in charge of the product, with the first step of building the prototype,” Broekhuizen said.

CERN High Performance Cooling has, arguably, the most ambitious goal of all the CERN teams … to revolutionize computing by more efficiently cooling data centers.

“We want to use CO2 cooling in a 2PACL system to create a hyper-accurate cooling solution for high-performance computing,” said Rudie Verweij. Translated, 2PACL is the abbreviation for 2-Phase Accumulator Controlled Loop, a type of cooling system.

The reason CERN cooling technology is a game changer is because CO2 cooling can reach lower temperatures than water and liberates more energy, Verweij said.

He added the technology is narrowing the range of temperature fluctuations: “Because of that, we get closer to the edge because our fluctuations are very small.”

It allows computer designers to use the theoretical limits of the central processing unit.

“Where we see the biggest impact is for real-time artificial intelligence. It needs to go fast, fast, fast. We can deliver the faster processing rates as we ride that edge between stability and instability.”

Other uses could include high-frequency trading.

“The hardware is where you can win a millisecond here and there. We can physically speed up the cycles of the CPUs …1 billion cycles more per second. That’s insane,” Verweij said.

What’s next? HighTechXL’s collaboration with the Swiss collider/research center started last July with HighTechXL’s CERN Hackathon at High Tech Campus in Eindhoven with about 100 techies and startup advisors.

Now, startup teams have to present a bankable business case by the 10th of December.

You don’t have to be a physicist to be part of an innovation team. They need marketers, designers and financial types also. You can find more information on those events here.

• CERN knowledge transfer efforts provide a unique opportunity for high-tech industry experts who have ever dreamt of creating their own company – and were waiting for the right opportunity – to instantly become a founding member of five Eindhoven-based startups.

• CERN officials and National Institute for Subatomic Physics, or Nikhef, are teaming up with HighTechXL in a concentrated effort to push research out of the lab to innovators in Eindhoven’s high-tech ecosystem.

“Can we find the technology from physics that can make a positive impact on society?”

CERN is best known for particle research using linear accelerators and several colliders in Switzerland including the Large Hadron Collider to find the “God Particle.”