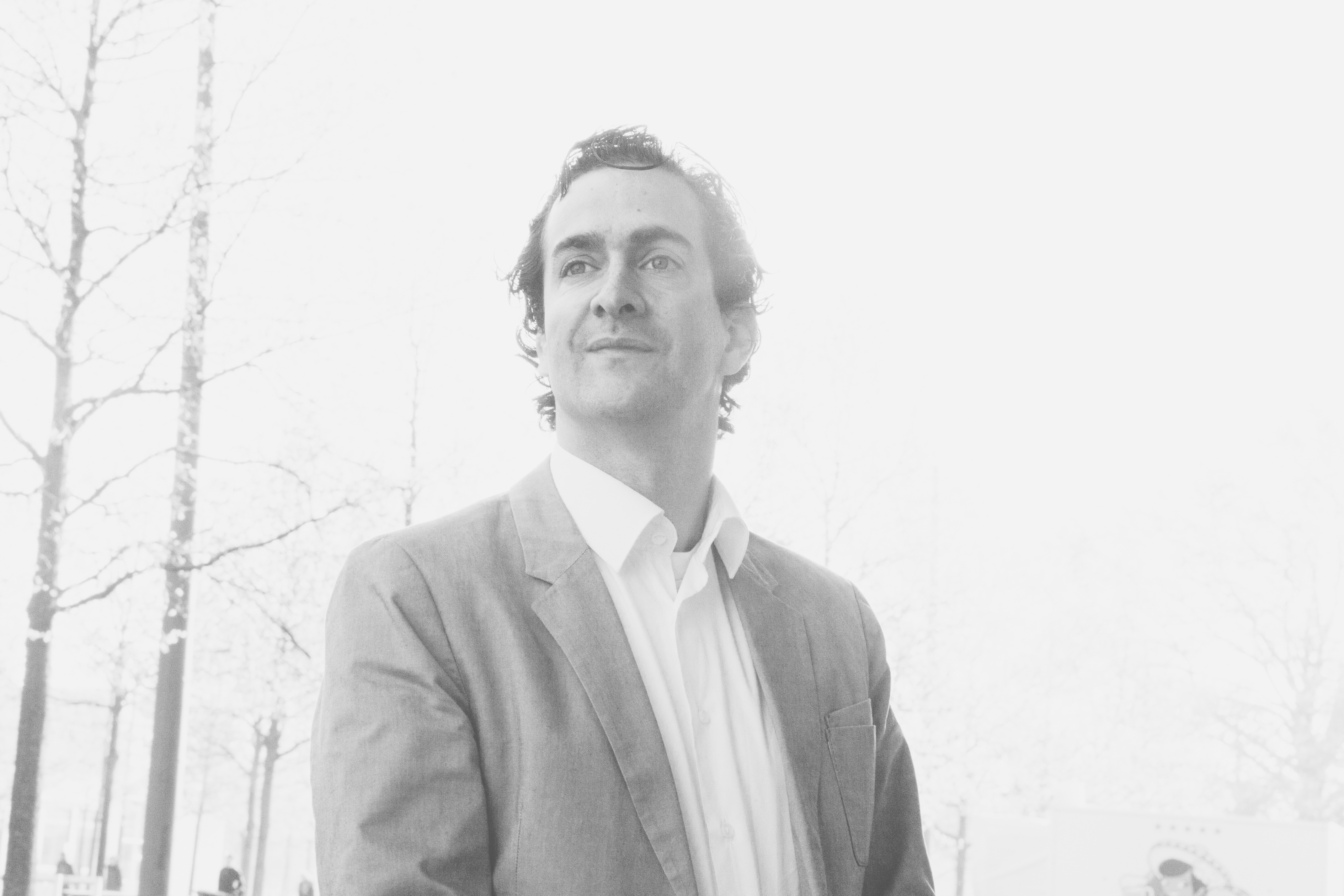 In this interview with Bambi Medical CEO Fabio Bambang Oetomo, we learn about how his family-owned company is becoming an advocate for premature babies. Their first product, called the Bambi-BeltTM, allows comfortable and non-intrusive wireless monitoring of preterm infants. With the Bambi-BeltTM, they can contribute to the babies’ healthy brain development and speed of recovery.

In this interview with Bambi Medical CEO Fabio Bambang Oetomo, we learn about how his family-owned company is becoming an advocate for premature babies. Their first product, called the Bambi-BeltTM, allows comfortable and non-intrusive wireless monitoring of preterm infants. With the Bambi-BeltTM, they can contribute to the babies’ healthy brain development and speed of recovery.

Every year, about 15 million babies across the globe are born prematurely and unfortunately, this number is increasing. Preterm birth is a risk factor in over 50% of all neonatal deaths, and in those babies that survive, it can result in a wide range of complications.

The story behind the Bambi-BeltTM  starts long before Fabio stepped in as CEO of the company. Fabio’s father, Sidarto Bambang Oetomo, has been working with preterm infants for over 35 years, throughout his career as a doctor in the neo-natal intensive care unit (NICU). Fabio explains that when his father started working at the hospital, he met with some opinions that surprised him. “‘If babies are born this early, they don’t feel any pain because they aren’t fully developed yet,’ was one of the claims he heard,” Fabio recounts. “But he learned over time that this was obviously nonsense, and that these little creatures can feel a lot of pain and stress, and that furthermore, this pain and stress is bad for them because it can deteriorate their physical condition, and cause cognitive impairments later in life.”

Pain and stress they certainly do experience, unfortunately. Premature babies are extremely vulnerable, and need to be kept warm and monitored at all times. The current method of monitoring the babies involves an array of wires and electrodes attached to their skin, but this is not ideal. Their skin is thin and sensitive, so repositioning or removing the electrodes can be extremely painful. The mass of wires and electrodes also prevents the babies from getting enough skin-to-skin contact with the mother. This “kangaroo mother care” is extremely important for the infants’ recovery and development.

“There are basically two reasons why cognitive impairments happen,” Fabio explains. “The first is the pain and stress they experience in the first weeks after birth, and the second is the separation from the mother.”

“My father has always been thinking about how he could improve the quality of life of these little babies. How could he strengthen the bonding between the parent and the baby?”

The answer came in the form of a “smart jacket” – the first version of what would become the Bambi-BeltTM – that Sidarto developed nine years ago with the help of a TU/e student.

A Cause that Unites

“I’d always been following [the project] quite closely,” shares Fabio. “I’ve always thought that this is something that needs to get into the hospitals. But at the same time, I was enjoying myself working for Mars, so I didn’t really think about quitting my job here and helping him. I thought, ‘I can do this kind of on the side, advising him whom to talk to, try to think with him how to bring it to market’”.

But last year, although everyone Sidarto talked to about the project was enthusiastic, Fabio saw his father “bumping into a lot of walls – no one was really willing or able to take it forward, and support him in getting it to market.”

“So I said, ‘Well, I believe in this product, and I hear a lot of people who want to have it, especially the caretakers and the people in the hospital. I’ll be the one who will realize this.” For a long time, Fabio had had the idea running through his mind that if he ever had the right idea for a product or service, he’d want to start his own business. “I’ve had this dream for a long while, and then this ‘smart jacket’ was there, and I was sure that this was something that would really improve the world.”

So Fabio said goodbye to his comfortable life and job at Mars, and joined the world of entrepreneurs.

The Bambi-BeltTM is a soft fabric belt that can be easily attached around the baby’s chest and that accomplishes the same thing as all the wires and electrodes. Inside the belt are sensors (developed in collaboration with the Holst Centre on the High Tech Campus) that gather information from the baby’s skin. The signal then goes to a small transmitter, which sends the signal via bluetooth  to a receiver.

Fabio explains more in-depth: “Our solution involves sensors, and an amplifier with an algorithm that basically translates the signals into respiration, heart rate, and full ECG pattern, and sends that over to a receiving unit or a base station that’s plugged into a patient monitor and shows all this information. So in the end, it’s a combination between sensors, the hardware for transmitting and receiving, and the software which is the algorithm that translates the signal into what you see on the monitor.”

The benefits of the Bambi-BeltTM are twofold: It reduces the pain and stress caused to the babies from attaching and removing the wires and electrodes, and it makes it easier for the parents to spend more time giving crucial “kangaroo care” – skin-to-skin contact with their baby.

Fabio and his team have received positive feedback from doctors and nurses in hospitals. “Seven out of the 10 hospitals we’ve already talked to in the Netherlands are saying that they want this product,” Fabio reveals with pride. “They all want to have it, because they see the change it will make in the quality of care in the way they’re monitoring their patients. The nurses are even saying that if they have the belt instead of the electrodes, parents will find it much less scary to get their own baby out of the incubator without the help of the nurse.” The ease of use for the parents is another factor that will hopefully result in more time spent in “kangaroo care”.

Fabio says that some doctors also see the application range of the Bambi-BeltTM extending beyond the NICU. “They’re saying that we could also take this to the intensive care unit for larger children (bigger babies, or even toddlers), because even there, even though the skin is not as fragile as the babies, but the mobility from wearing a wireless device is a big thing.”

Hospital staff aren’t the only ones providing validation for the Bambi-BeltTM. Philips Healthcare, the Netherlands’ largest provider of medical equipment, has just signed an agreement with Bambi Medical which enables them to show the signal of their belts on their monitoring devices.

Ultimately, Fabio estimates that the use of the Bambi-BeltTM can bring down healthcare costs by more than €1B per year, through its improvement in the babies’ development and its reduction of the length of the hospital stay.

No Walk in the Park

Being an entrepreneur can be difficult at times, and can prompt some tough life decisions. “Some people have told me that they wouldn’t do what I’m doing in my position having three young children and a mortgage”, says Fabio. “But the good thing about having had well-paid positions for quite a number of years gives the freedom to live from these savings right now”.

Fabio’s conviction that his company can bring about positive change is what keeps him going. “It’s nice and convenient to have a great job with a great salary, but in the end, I believe in ‘purpose’ – I felt like I could really spend my time better getting the Bambi-BeltTMinto the hospital, than staying with Mars and having a great career there for the next 20 years.”

“I had a lot of colleagues that said, ‘yeah, I would like to do something like you, but I just don’t have the guts.’ One guy said to me ‘Yeah, I would love to do what you’re doing, I’ll just stick around here, because I don’t have the skills to do something like you.’ And I was like ‘That’s nonsense!’ It’s about going for something that you believe in and finding the right people to do it with.”