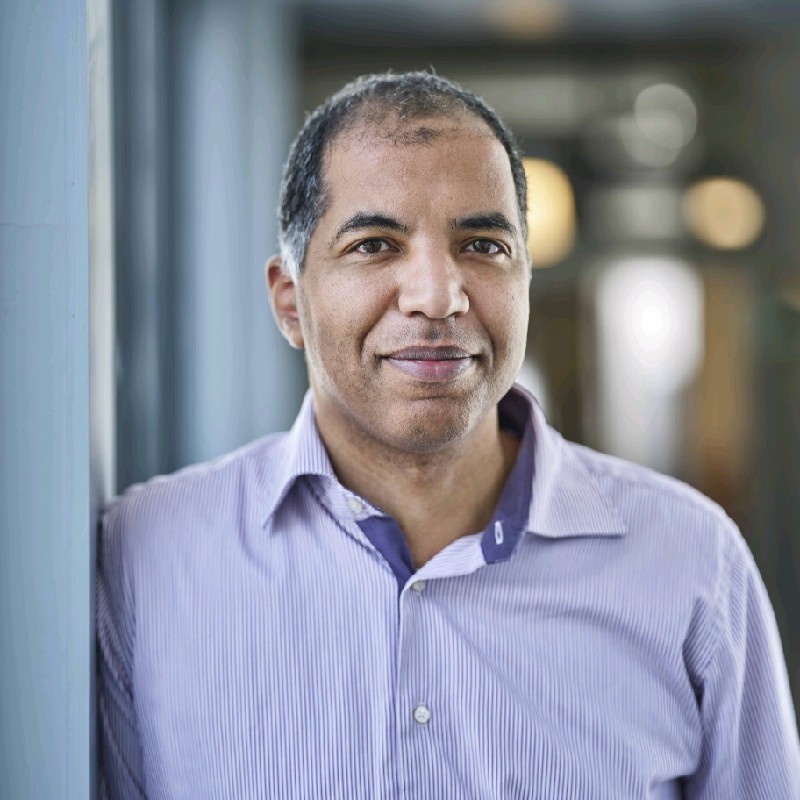 HighTechXL CTO Earl Goetheer is confident this is the moment – and HighTechXL is the place – to build companies that change the world.

In the startup world, the only certainty is that you will be challenged. Not just challenged but challenged to the limits of your skills and endurance. That’s just fine with Earl Goetheer. After a corporate career including 15 years at TNO, Earl is ready to challenge – and be challenged – in the rough-and-tumble world of building deep-tech companies.

Goetheer became HighTechXL’s CTO in November after a varied career that includes TNO, Technical University of Delft and pharma-related companies. With specializations in organic chemistry and process technology, Earl brings with him from that world a strong technical background, with 60 patents, and having published in more than 100 technical publications.

But he brings something to HighTechXL far more crucial than bona fides. He brings a vision. A vision of how the world is changing. How fast it’s changing. And how we can be the change. In this new world, he doesn’t see his role as CTO as a boss or a manager but as a facilitator

“We are going to make better companies.”

He’s confident this is the moment – and HighTechXL is the place – to make that happen.

That’s because the Netherlands has a tradition of creating Europe’s largest companies, including Shell, AKZO, Philips, DSM and Unilever, he says. If we’re going to continue that tradition, we have to have “a shift in our mindset. We are used to having big energy-consuming industries. We have to go for different types of industries with more added value, companies with intrinsic value.

The Netherlands as a society needs to create new businesses because the old businesses will disappear or reorganize, he says. Yet, at this moment, industries are looking at a global scarcity of talent. So, Earl has strong ideas about what’s coming and about the people who are going to play important roles in creating the future.

Fortunately, the stars are aligning.

First, Earl brings a lot of expertise in all the right industry sectors. At TNO, his work was related to energy transition, including the shift to renewable energy and CO capture.

“Think about all these heavy industries. They need to drastically reduce CO2 emissions as fast as possible. Technologies such as carbon capture and storage can come to play. But increasing process efficiency can lead to more cost-effective solutions on the short term. Thinking outside the box is key for the needed acceleration towards the energy transition.”

Second, he has a lot of experience working with smart young people, working for the past four year as a professor at TU Delft, the Netherland’s top-rated engineering school.

Transitioning into the startup world, Earl noticed the one thing teams have in common – they're made up of extremely motivated people. That’s a good thing because if teams aren’t motivated, they won’t make it, he says. And if the best deep-tech startups don’t grow into global companies, the Netherlands is in trouble.

Though the 48-year-old has been out of university for a while, he still maintains a rapport and a shared mindset with young innovators.

“The long discussions that I have with my students are so enjoyable because they are like sponges. They've been listening, absorbing and willing to discuss … not just being wallflowers. That’s really fun.”

He laughs at those who say “‘In my time it was better.’ Students nowadays, what they can do is tremendous, different than what we have learned. But more adopted to the things which we currently need.”

The nicest thing about teaching is when the students are confident enough to challenge him, Earl says. “They say ‘Earl, are you really sure?’ If they are right, I’m so happy. That means several things. First of all, they know their stuff and are ready to challenge me.

“Second, I learn something.”

The son of a chemist at Dow Chemical, Earl is a product of the Dutch educational system and has faith that it’s producing the best talent in the world. He went to Wageningen University and Research, which he calls “the farmer’s school.” (Actually, Wageningen is one of the top schools in agriculture and forestry, according to U.S. News & World Report’s global rankings.) He specialized in organic chemistry and process technology. In 1998, he completed his PhD at TU/e in CO2nd energy transition.

‍
Earl started at TNO in 2007, becoming the youngest ever principal scientist in 2012, a position just below the board of directors.

After a while in the corporate world, “you start thinking, ‘Is this what I want?’” Earl said.

Talking with Earl is different from talking with a lot of corporate types because he brings a sense of urgency to working at HighTechXL and a very American “fail fast” startup approach. “Because there's X amount of time, so you better fail fast. You better do this to select the right technology, the right group of people and the right environment as soon as possible.”

If startups are going to fail, they should do so in the pre-program stage, not in the middle of the nine-month HighTechXL venture building program, he said.

The right group of people include those who are confident and comfortable with risk. “You need to be confident in your skills,” he said. “But you should not be arrogant because you need to collaborate. But you can see (the capable) people.”

“I have confidence in that person, but (the startup world) is not for everyone.”

That change in mentality runs a bit counter to the European approach.

Dutch students are encouraged not to excel but to keep their heads down and do just well enough, he says.

“But if you want to build an excellent company, you can't go with ‘Just do good enough.’ No, you need to be excellent because you're competing with 7 billion people around the globe.

The good news is the Netherlands collaborative approach is just as crucial for success.

The Dutch attitude, compared to many other countries, makes open collaboration much easier. “You can have colleagues from Philips or ASML or TNO or NXP all together in one room talking about a proposition,” Earl notes. “In many other countries, this is not possible. They will say, ‘No, this is my company and I will not work together with other companies because they’re my competitors.’

“People have to be prepared and ready and willing to work together. Otherwise, it doesn’t work,” he says.

"Bringing together the right founders and the right technology requires a little magic along with the science."

Matching businesspeople with scientists requires balancing complimentary personality traits “because they’re going for a long journey. A journey even more intense than perhaps with their wives or girlfriends.

“So, they’d better like each other and they better work together as one.”